We are very pleased to announce the dates and locations for the US lecture tour, The Grand(er) Tour: Architectural Imagination Beyond the Classical World, which Abraham Thomas will be giving on behalf of RIBA for the Royal Oak Foundation this April.

Please see below for the dates and locations:

Don’t forget to use our co-sponsor code 16SRIBA for discounted tickets at $30 each. 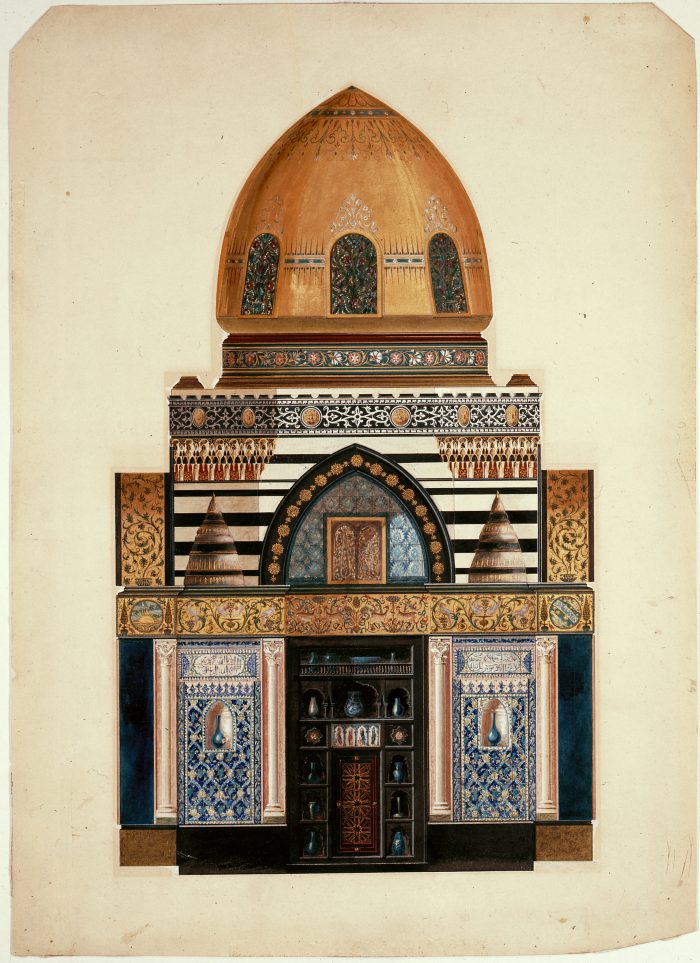 Colour drawing design for the elevation of a wall with Zenana in the Arab Hall, Leighton House, 12 Holland Park Road, London from 1891 by George Aitchison, (1825-1910) © RIBA Collections

Abraham Thomas is an architectural historian, independent curator and writer based in Washington DC.

From 2013 to 2015, Mr. Thomas served as Director of Sir John Soane’s Museum. He has published and lectured on a wide variety of architecture and design topics, with a focus on the 19th century to the present day.

He is currently developing an exhibition on the 20th-century High-Tech style movement in architecture and design, which he is curating for the Sainsbury Centre for Visual Arts in 2018. 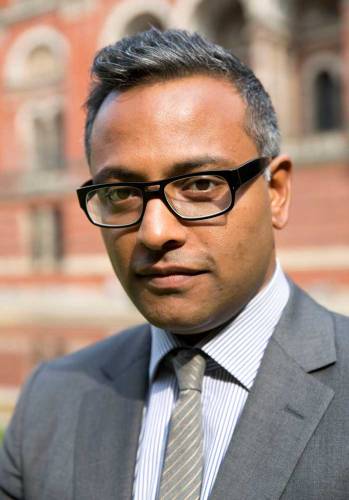 The Grand(er) Tour: Architectural Imagination Beyond the Classical World:

For centuries, architects have used their travels to fuel their cultural and artistic education.

From the late 17th to early 19th century, the Grand Tour of Greek and Roman sites of antiquity was de rigeur for any architect, providing a finishing school for young men wishing to round off their academic training.

However, the 19th century witnessed travels further afield, with architects and venturing to regions such as Southern Spain, the Middle East and India, seeking inspirational sources from Ancient Egypt or the Islamic world.

Today, the ambition and hunger for architectural travel has continued to evolve. Rather than visiting Athens and Rome to discover the classical world, architects now travel to places such as Lagos and Dhaka to understand contemporary urban planning. These wider global influences can be seen in the work of architects such as Jean Nouvel and David Adjaye.

Using drawings and photographs from the Royal Institute of British Architects’ collection, Abraham Thomas will illustrate various journeys undertaken by designers during the past 300 years, demonstrating how these adventures expanded and enriched the creative and intellectual imagination—resulting in buildings that have changed the architectural landscape of London, Paris, New York and the rest of the world. 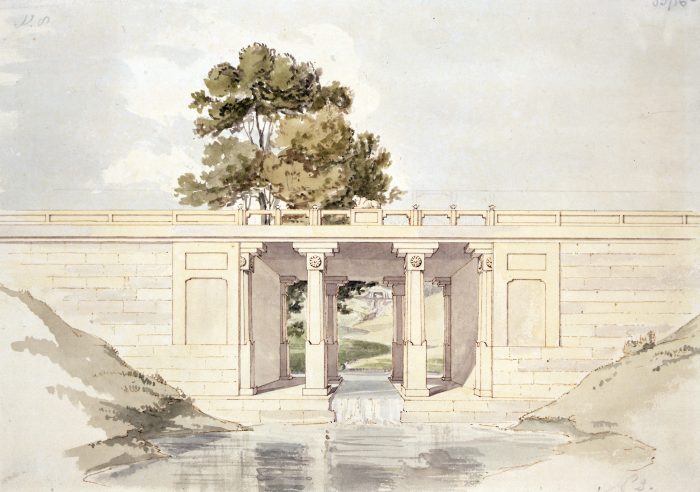 A colour drawing of a design for the Indian Bridge at Sezincote, Moreton-in-Marsh from 1806 by Thomas Daniell (1749-1840) © RIBA Collections